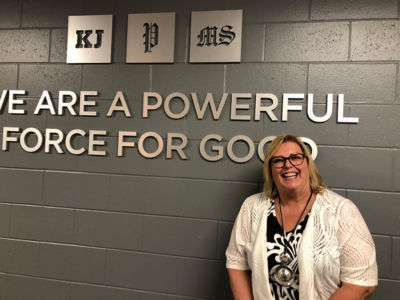 Jane Patriquin’s ’77 career path has taken her to The Boston Globe, Foster’s Daily Democrat, and now presently 15 years at Maine Today Media a.k.a. The Portland Press Herald. She is entering her 40th year as an advertising strategist and plans to continue to learn and grow with the industry as it evolves and changes daily!

Kathleen Dennis ’97 of Windham, Maine and her husband Blaine Thompson are celebrating their 25th Wedding Anniversary on June 25th!

Mario V. DeSanctis MHSA ’99 writes: “I was presented with the opportunity to teach at SJC in support of the BSHA, BSHIM, and MHA programs, starting in July 2015. Now I’m teaching American Healthcare Systems as a part-time faculty member. This is my opportunity to give back after SJC helped me to progress and attain increased responsibilities in the US Air Force Medical Service Corps and to help develop future healthcare leaders by passing on what I have learned after 30 years of healthcare operations experience. The (formerly known as) SJC Distance Education Program allowed me to complete my degree while serving in the US Air Force–both at Nellis Air Force Base, Nevada (during 1991-1994) and at Ramstein Air Base, Germany (1994-1997). Obtaining a master’s degree enabled my promotion to Major, US Air Force effective February 1, 1997, and helped to catapult my US Air Force career, culminating to the rank of Colonel effective November 1, 2006. Obtaining my MHSA degree also allowed me to advance in the American College of Healthcare Executives in becoming Board Certified in Healthcare Management (another requirement for promotion in the USAF Medical Service Corps). This would not have been possible without Saint Joseph’s College.

Elizabeth Mulherin Durant ’92 was sworn in as the State of Maine Department President for the American Veteran’s Ladies Auxiliary. She was also honored to receive the President’s Award for recognition for dedication and service.

Jennifer A. Sibley ’98 graduated with a Doctor of Nursing Practice from the University of Florida. She passed the Pediatric Primary Care Nurse Practitioner National Board Certification through the Pediatric Nurse Certification Board and has begun working as a pediatric primary care nurse practitioner in Ormond Beach, Florida. She also became a nationally certified lactation counselor through the Academy for Lactation Policy and Practice and will be offering those services in her practice as well. Jennifer and her husband, Michael Sibley ’98, have been living in Ormond Beach, Florida since 2001 and have two boys, Noah (14) and Jacob (11). 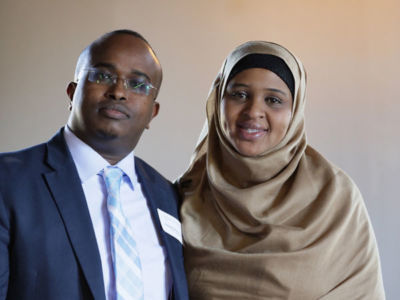 Hamdi Abdi BSN ’17 accompanied her husband, Abdullahi Mukhtar Yousaf MBA ’18, to the online student commencement reception this summer where he was celebrating the completion of his MBA Leadership program. Students graduating from the online programs totaled 389. Hamdi earned a bachelor’s degree in nursing and now works at Spring Harbor Hospital in Portland.

Abdullahi, a 2003 alumnus of Portland High School and a program manager for Choices Are For Everyone, Inc. (CAFE, Inc.) in Westbrook said, “With earning an MBA, I see my reputation and trustworthiness growing. The cross-cultural leadership class in the program especially opened my eyes. My wife and I were in Africa at the time that I was taking this class. It made me more appreciative of many cultures and their differences. I wanted to have the leadership skills so that I could help the community. By community, I don’t mean one culture nor one ethnicity. I mean everyone.”

Kevin Melega ’09 has been promoted to director of Digital Marketing at Unum in Portland, Maine.

Jarod Champeaux ’17 of Duluth, New Hampshire was recently hired as a division director for Bayada Home Health Care. He will oversee operations for five branch offices with three in Philadelphia and two in Delaware.

Stacy Burton Dennison ’10 graduated from the University of Southern Maine with a BS in Nursing in May 2017. In August 2017, she married Jason Dennison and they are expecting their first child. 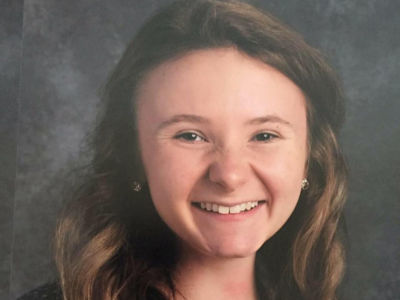 Patricia Brackett ’17 of Raymond, NH recently acquired a new job at Saint Mary’s Academy in Springfield, Massachusetts as a theology teacher. She simultaneously is employed part time at Blessed Sacrament School in Holyoke, MA balancing her day between both schools. While a student
at Saint Joseph’s College, Patricia worked in the Alumni Office as a caller for the annual phonathon and at alumni events. Patricia valued her time working with alumni because of the great perspective and knowledge she gained from them while a student. Patricia received her master’s degree in education at Northeastern University in 2018.

Sean Caldwell ’11 of North Waterboro, Maine married his wife Sarah (Hussey) Caldwell ’12 & ’18 on April 14, 2018 at Saint Mary’s church in Wells, Maine. They are expecting their first child in August.

Ashley Walukevich ’12 has been named as the New Hampshire state director for the Republican National Committee.

Kathryn Bois ’13 accepted the position of vice principal at Saint John Paul II Catholic Academy (Lower Mills) in Dorchester, Massachusetts. She received her Master of Education in Curriculum and Instruction from the Lynch School of Education at Boston College.

Danielle Capozza ’18 recently earned her Society of Human Resources Management Certified Professional designation (SHRM-CP). Danielle qualified to take the SHRM-CP exam in her last year of study under a new program offered by SHRM beginning in 2017. She holds the honor of being the first SJC HR major to pass this difficult exam. David Kapelson ’15 and Melanie Edson Kapelson ’15 were married on March 31, 2018, at Latitude 41 in Mystic, Connecticut, with several SJC graduates in attendance. James Divine ’99 has started a new position this fall teaching middle school band and orchestra in Colorado Springs. He and his wife welcomed their fourth grandchild (first grandson) on Father’s Day.

Condolences – The College offers its condolences to…

The family of Patricia Clifford ’70 of Old Orchard Beach, Maine who passed away on September 3, 2018.

The family of Joseph R. Gallagher, Jr. ’78, of Monmouth Beach, New Jersey who passed away on August 9, 2018 at Monmouth Medical Center.

The family of Barbara McDonald ’84 of Jacksonville, Florida who passed away on February 24, 2017.

Giving in Honor and in Memory of

Gifts to the College can be made in memory or in honor of someone special to you. Giving is a personal decision and we want you to be passionate about your choice.

The College makes it easy to give meaningful gifts in recognition of a deceased loved one or an important person still in your life. Maybe you want to acknowledge someone’s love of sports by donating to The Royal Blue Club, or else honor their commitment to education by contributing to our scholarship fund.

Whatever your preference, the Institutional Advancement staff can help ensure that your donation to the Annual Fund pays proper tribute. Visit www.sjcme.edu/donate.