Theresa (Riley) Morris '50 was the oldest female finisher at the www.kristencrawford.com Beach to Beacon 10K and received the Johnny Kelley award. She loves to keep in touch with her five great-grandchildren with handwritten letters and birthday cards.

Marie McMorran Thibodeau '67 of Biddeford, ME and her husband Raymond just celebrated their 50th wedding anniversary in November. They were engaged in Xavier Hall during Marie’s junior year in October of 1965.

Sister Sylvia Comer '62, Hon. '18, RSM received an Honorary Doctorate of Humane Letters at the Saint Joseph’s College Commencement on May 12, 2018. Known for her warmth, humor, and deep passion for serving the people of God, Sister Sylvia demonstrates all of the College’s Core Values through her words and actions. Sister Sylvia worked at the College through several teaching, directorial, and pastoral roles for 29 years. She founded the College’s Office of Campus Ministry, and years later, the Office of Pastoral Ministry. She started many of the College’s beloved traditions, including a Blessing of the Hands for nursing students and the Spring Break Workfest program (alongside Michele Aronica ’74, RSM).

Pauline (Feierseisen) Judy '80 became a grandmother for the first time in September 2016.

Kenneth Brownson ’84 writes: “I am retired now but I often reflect on how Saint Joseph’s changed my life and career. I earned my associate’s degree and became an RN. I wanted to continue my education but there was no RN/BSN program in my state. I saw an advertisement about the BSPA program for nurses. I attended the distance program in the early 1970s. I loved it and couldn’t wait for the next course to arrive. The College was great at accepting my associate’s, other courses, and some certificates. The concentration in education enabled me to teach online courses. This fantastic career would not have been possible without Saint Joseph’s innovative distance BSPA degree. Although I couldn’t go on for an MSN, I did earn a master’s in management, a master’s in psychology, a graduate certificate, and finally a doctorate in education. With a BSN, I was able to teach many different subjects as an online professor. I was also able to publish many articles in health related journals.”

Dr. Lauren Giustra ’88, an obstetrician and gynecologist with more than 20 years of experience, recently joined the Board of Directors for the Rome Hospital Foundation. She and her husband, Dr. Ankur Desai, moved to Rome, NY in 1996, and cofounded their privately-owned medical practice, Mohawk Valley Women’s Health Associates.

Curtis Smyth ’91 was inducted into UNE’s Hall of Fame on October 20th. Smyth, currently UNE’s Director of Athletics, has served as Sports Information Director since 1997, and as the head coach of three different sports (women’s basketball, men’s golf, and softball) prior to moving to solely an administrative role in 2007. Under his direction, the women’s basketball program won a total of 142 games over a ten-year period, including the Nor’easters’ first CCC title and NCAA Championship appearance. Smyth has held the position of interim director of athletics on two occasions.

Joan Kimani ‘01 is working toward her PhD at the United States International University-Africa.

Susan Byrne ’05 has worked at Stanford Hospital in Palo Alto, CA for the past four years on a Surgical Intermediate ICU team. After completing a year-long rigorous professional development program, she was recently promoted to Clinical RN III, and served as Charge RN, Mentor and Preceptor on her unit.

Theodore Doucette ’05 graduated from Galen College of Nursing in Louisville, KY in October 2016 and was the recipient of the Kathryn Mershon Emerging Leader in Healthcare Award. He successfully passed his NCLEX exam in December 2016. Theodore is currently employed as a staff nurse RN for Lifecare Center of America in New Albany, IN and will be pursuing his RN-to-BSN at the University of Southern Indiana in Evansville, IN starting January 2018.

Rhonda Curry ’03 has been named Vice President for Membership and Communications at Washington State Hospital Association. She has more than two decades of experience as a public affairs executive and holds a bachelor’s degree in healthcare administration from Saint Joseph’s. Partnering with leadership, media, government and community, she has led healthcare communications and advocacy for hospitals, and health systems including Olympic Medical Center, PeaceHealth, and Fred Hutchinson Cancer Research Center. Curry also earned a master’s degree in communication from Gonzaga

University. “Rhonda brings a deep knowledge of public policy and how it affects our membership, as well as a wealth of experience in communications,” said Cassie Sauer, WSHA president and CEO. “We’re so excited to have her insight as we seek to increase the public’s understanding of the massive changes in health care.

Maureen Orkwis ’12 published her first book: Murder Con. It is available on Amazon and Barnes and Noble.

Lieutenant Junior Grade Taylor Allison ’13 writes: “In July of this past year, I began my pre-deployment training for the Navy in order to leave for Afghanistan in the fall. To my surprise, out of all the nurses in the Navy, I found another SJC alum in the mix of my training. Lieutenant Sarah Cadorette ’12 and I attended Saint Joseph’s College together and I felt it was extremely rare and quite amazing that we found each other again through this journey.” Taylor and Sarah attended various types of training together including the Navy Trauma Training course in Los Angeles, where they worked in the Emergency Department, ICU, and Operating Room. They then completed training in the field, became certified in Tactical Combat Casualty Care, and were temporarily stationed on an Army base. Sarah is an ICU nurse stationed out of Guam, and Taylor is an Emergency Room nurse from Camp Pendleton in California.

Eric N. Balli ’13 is a Master Sergeant in the active duty Air Force. He was recently accepted into the full-time Master of Science of Strategic Intelligence (MSSI) program at the National Intelligence University (NIU) in Bethesda, MD for the 2018-2019 academic year. This is a highly competitive school and program for military personnel and other government employees. He will be a full-time student for the one year program and will have a follow-on assignment after graduation in July 2019.

After earning a doctorate in educational psychology with a concentration in cognition, instruction, and learning technologies from the University of Connecticut, Lindsey Gervais ’10 joined Partner In Publishing (PIP) as a senior learning designer and digital marketing manager. PIP specializes in the educational services industry, offering a unique blend of marketing, sales, technology, instructional design, and editorial expertise to some of the biggest company names in educational publishing and technology. Lindsey earned a bachelor’s degree in psychology from Saint Joseph’s with a concentration in education and a minor in classics. She is married to her SJC sweetheart, Jeremy Gervais ’10, and they have two children, Owen and Finley.

Lauren Chouinard ’14, RN, was presented the DAISY Award at Addison Gilbert Hospital in Gloucester, MA. This award celebrates the clinical skill and compassionate care nurses provide. “Lauren is wise beyond her years,” her colleague said. “She is so compassionate. It doesn’t matter who you are, where you come from, or the road you have traveled.”

Jenna Chouinard ‘17 launched a business called Everlasting Escape, which donates a portion of its
proceeds to Land For Maine’s Future. The purpose is to support preservation efforts around Maine so future generations can experience its beauty. She believes her time at SJC gave her the knowledge and passion to start this initiative. Learn more at EverlastingEscape.org! 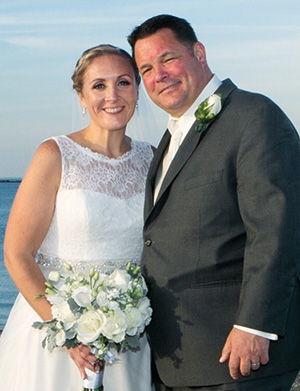 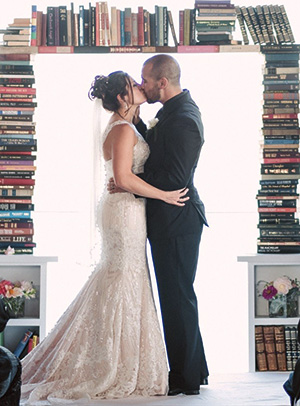 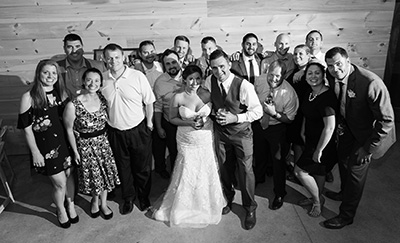 The College offers its
condolences to...

The family of Gloria Gallant ’49. During her 25-year career at King Middle School teaching foreign languages, she developed creative and innovative ways to spark a love of learning in her pupils and found ways to make every student feel they could succeed. She met her husband, Edwin, on a blind date during her junior year at Saint Joseph’s College. Her beautiful smile, wit, and zest for life won his heart and launched a 70-year love affair full of dancing, adventure, family, and service.

The family of Daniel Paul Roy ’78, who passed away on March 21, surrounded by family and friends, following a valiant and determined battle with cancer.

The family of John Daggett ’08. John was a loving and devoted husband, a good son and brother, a loyal and supportive friend, and an inspiration to all who knew him.

The family of James Kneeland, South Portland, ME, brother of Sister Mary Kneeland ’73, who passed away on March 17, 2018 at home in South Portland. Jimmy was raised in Worcester and honorably served his country in the United States Marine Corps in the Pioneers during WWII.

GIVING IN HONOR AND IN MEMORY OF

Gifts to the College can be made in memory or in honor of someone special to you. Giving is a personal decision and we want you to be passionate about your choice. The College makes it easy to give meaningful gifts in recognition of a deceased loved one or an important person still in your life. Maybe you want to acknowledge someone’s love of sports by donating to The Royal Blue Club, or else honor their commitment to education by contributing to our scholarship fund. Whatever your preference, the Institutional Advancement staff can help ensure that your donation to the Annual Fund pays proper tribute. Visit www.sjcme.edu/donate.