Reflecting on the Elk River incident

Reflecting on the Elk River incident 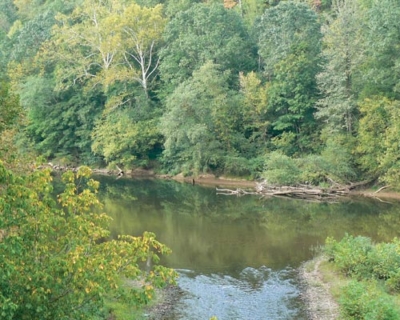 On the shore of a disaster: faculty address Elk River chemical spill

Lesher, who earned her doctorate from the Colorado School of Mines, and specializes in water quality and analysis and mining’s impact on the environment, among other topics, was quick to point out that the chemical spill and the uncertainty of the chemical’s effects on people pointed to regulatory concerns. And for Young, a developmental psychologist who earned her doctorate from West Virginia University, the confusion over the chemical’s potential effects on the population raised a series of questions on how the ensuing mental stress could harm the residents.

After receiving reports of a licorice-like odor in residents’ tap water, West Virginia state officials traced the leak to a storage containment area along the Elk River. By the time the discovery was made, as much as 10,000 gallons of a chemical mixture composed primarily of MCHM had seeped into water supply. Officials then issued a do-not-use order for tap water, but not before hundreds of people sought medical attention for rashes, stomachaches, and other short-term ailments. While there were these visible signs of people being affected by the chemical, Lesher says there is still more to be understood about its effects on the body.

Passed by Congress in 1976, the Toxic Substances Control Act (TSCA) regulates the introduction of new chemicals. But since MCHM and tens of thousands of other chemicals were introduced before 1976, minimal research and testing are available on them.

“Any chemical introduced after 1976 has to have a baseline of testing—toxicity testing, epidemiology studies,” says Lesher. “But for the ones that came before ’76, the attitude’s kind of like, ‘These chemicals have been around for so long, and nothing bad has happened, so they must be OK.’ That’s not the case when it gets in your drinking water.”

The Elk River spill and the chemical’s uncertain long-term effects “fall under the realm of disaster psychology,” says Young. “It’s defined as an unexpected or uncontrollable event: This thing happens to you, and you have no control over it. That’s where all the stress and anxiety actually comes from.”

Typical reactions to disasters, according to the American Psychological Association, include intense, unpredictable feelings; disrupted eating and sleeping patterns; physical symptoms such as headaches, nausea, or chest pain; and more. According to Young, those effects can become even more pronounced in pregnant women.

“Many pregnant women are already stressed, right?” says Young. “Then they can’t drink the water, but maybe they already did and then they’re even more stressed. We know that can affect fetal development and sometimes trigger premature labor.”

The psychological toll on residents doesn’t include the potential health effects of exposure to MCHM, which, as Lesher explains, is essentially unknown. “The response was to flush out the water, wait until the concentration of MCHM went down to one milligram per liter, and then lift the ban,” she says. “That decision was based only on lethality. It didn’t take into consideration long-term effects, such as cancer.”

Lesher, however, trusts that MCHM is probably safe at one milligram per liter. “The structure of MCHM is similar to other organic chemicals that have been tested at greater lengths. It’s not likely to be terribly carcinogenic or toxic.”

Young and Lesher both agree that measures should be taken to make sure spills like this don’t happen again. They recommend more readily available access to chemicals’ basic toxicity levels and better safety measures for containment mechanisms. “You need to be able to say, for certain, that your drinking water is safe. There are a lot of ways to make that happen, without necessarily having to rely on regulation,” says Lesher. The results of proactive efforts could have far-reaching benefits for residents of any area—for today and the future generations.